Why Does Little League Use Aluminum Bats? (Solved!)

Since its inception, the Little League has served as the gateway for millions of kids as they enter the baseball world.

Most of the pro players have made their first steps in the Little League.

As the first level of baseball player development, in most ways, Little League mimics the pro play.

However, the focus in youth baseball is on development, safety, and installing the confidence and love for the game into little kids, so some rules are modified.

The size of the field is not the same, balls are slightly lighter and softer, and the bat rules differ.

With all the tradition behind the wooden bats, it’s fair to ask why does Little League use aluminum bats.

Below, I’ll delve deep into this question and provide the reasoning behind this Little League rule.

Why Does Little League Use Aluminum Bats?

Aluminum bats are used in the Little League for a variety of reasons.

Most of them have to do with the fact that kids’ bodies are still in development and the skill level is still far from the adult players.

The aluminum bats used in the Little League are supposed to provide wood-like properties and performance.

So it’s logical to ask why not just use the wooden bats instead.

The main reason is that aluminum bats are easier to handle than their wooden counterparts.

As the kids are still not strong enough, swinging the wooden bat and connecting with the ball properly may be too difficult and exhausting for them.

Performance Reasons for Using Aluminum Bats in the Little League 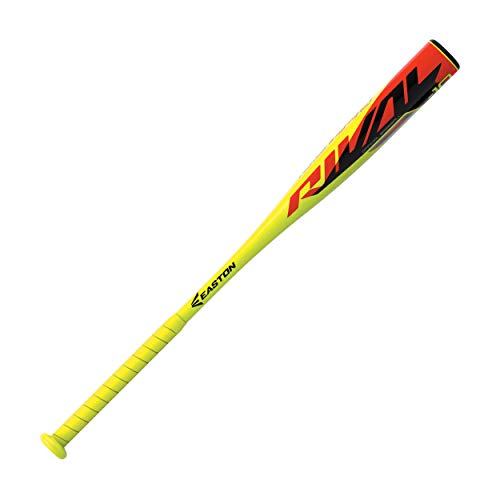 Aluminum bats are more than five ounces lighter than wooden ones, so it’s easier for kids to swing faster.

This helps Little Leaguers gain better control of their swing.

Aluminum bats used in the Little League have wider barrel diameter and larger sweet spots when hitting the ball.

This not only helps kids make better contact with the ball, but also builds their confidence at the young age

Harder And With Better Trampoline Effect

Hitting the ball with an aluminum bat transfers more energy to the baseball.

This allows it to fly faster and farther.

Economic Reasons for Using Aluminum Bats in the Little League

Little League competition can often be hard on the parents’ budget. So the economic reasons for using the aluminum bats play a big role, too.

However, they offer the quality and durability that is nowhere near the wooden bats used in pros.

They can easily break even after a couple of hits, especially in the hands of unskilled kids.

Aluminum bats, on the other hand, are harder to break, come with a at least one-year warranty, and in most cases serve kids for several years.

The aluminum bats have been in use in Little League for a little over half a century.

The first recorded use of the aluminum bat in the Little League game happened on July 15, 1971.

Over the years, the governing bodies of youth baseball implemented various standards for aluminum bats.

This is mostly done in an effort to make the game safer.

The main worry is that with the balls flying farther and faster when hit with aluminum bats, the risk of potential injuries to young players will also increase.

Most of the certifications implemented had a goal of making the aluminum bats perform as close to the wooden ones as possible.

Currently, since 2018, the Little League competitions implement the USABat standard.

USABat certified bats are light, easy to handle, and are intended for use by players who are still developing, both physically and in terms of skill.

Can You Use a Wood Bat in Little League?

Al the USABat standard used in the Little League requires aluminum bats to have a “wood-like” performance, it’s logical that the wooden bats are also allowed.

They don’t even have to be marked with a USABat stamp if they’re made of one piece of solid wood and adhere to the rules in terms of size, weight, and barrel diameter.

If the bat is two or multi-piece wood or features experimental design, such as bamboo bats, composite wood bats, or laminated wood bats, they can still be used.

However, in these cases, the bat needs to be USABat approved and carry the stamp of certification.

Aluminum vs Wood Bats – The Differences

According to most players, wood bats are more responsive and provide a better fee.

Aluminum bats are lighter and players feel less vibration in hands, but the batter gets more feedback on the contact when using a wood bat.

This makes batters better and helps them make an easy transition to the higher levels of competition.

However, aluminum bats are a way to go for beginners due to the larger sweet spot and easier swing because of the less weight.

In general, wood bats are safer than aluminum bats. Sure, they can shatter, but the injuries caused this way are extremely rare.

On the other hand, aluminum bats, due to the trampoline effect, greatly increase the velocity of the ball of the bat.

This can put in danger all the other players on the field.

It’s always important to choose the bat that is suitable for the player’s age and skill level.

So, it makes sense that Little League is using the aluminum bats.

For the kids at the beginning of their baseball journey, aluminum bats provide more help in mastering the craft and getting familiar with basic baseball techniques.

Not to mention that, at this age and with this level of skill, aluminum bats are a much safer option for everyone participating in the game.

Last, but not least, aluminum bats are more affordable.

They help parents and Little League teams keep their heads above the water financially during the season.