How Long Does A Composite Bat Last? (Solved!)

There are so many types of baseball bats to choose from, all made of varying materials.

Finding a great bat that will last for a very long time can be a challenge. A lot of bats tend not to be very durable, and will break easily.

It is for this reason that it’s always important to do your research when buying a new bat.

Not only do you need to know how well it will do in a game, but also everything about its lifespan and how to spot when it is dead.

This can help you determine what baseball bat is best to use and which will be long-lasting.

In this article I will cover how long does a composite bat last, and what are some of the signs of a dead bat.

There will also be information about what problems does this bat have, and therefore is it worth using one in baseball.

Read along to find out.

How Long Does A Composite Bat Last? 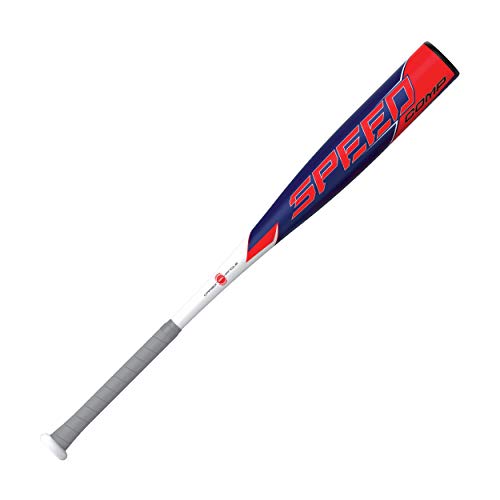 A composite bat  can last from around 1 to 3 years after its break-in period (which usually calls for 150 to 300 hits).

In fact, this break-in period actually extends the lifespan of your composite bat and improves its performance.

When it comes to an accurate estimate of how long your composite bat will last, there is no exact answer.

This is because there are many factors than can influence the longevity of a composite bat.

Obviously, one of these factors involves how often it is used throughout the year.

If your bat is used infrequently, or allowed to rest for long periods at a time, it will last longer. It could even be usable for more than 3 years.

On the other hand, a bat used all year round may last only as short as a year before it becomes dead.

Another factor that affects this type of bat’s durability is temperature.

Most composite bats are very sensitive to low temperature, as well as temperature fluctuations.

For instance, using your composite bat in cold weather repeatedly will lead to multiple cracks and therefore eventual breakage.

Also, a composite bat will break earlier if it is dropped often or used harshly, which may lead to cracks and damage.

Naturally, composite bats will be wear down and become damaged on their own over time, even if handled carefully.

When Should You Replace Your Old Composite Bat With A New Bat?

After the initial break-in stage, a good timespan to wait out before replacing your composite bat would usually be after two years if it is used often.

This will ensure max performance during a game, as after that time your bat won’t function as it once did.

However, if your baseball bat is allowed to rest for the off-season, then you can replace it after 3 years or more.

If your bat is losing its pop, or you have noticed that it has been split in half, it may also indicate that you may need to replace it.

However, if you notice only small cracks in your bat, it is usually not a cause for concern.

Minor cracks most often have absolutely no effect on the bat at all. It is only excessive cracking or large dents that cause the damage and break your bat.

How To Tell If A Composite Bat Is Dead?

Crack That Splits The Bat In Half

A composite bat may acquire some visible cracks, dents, hairline or spiral fractures with use.

However, this doesn’t have to mean it is broken or dead, and it may still be at peak performance.

On the other hand, a large crack that has split your bat in half will indicate that your bat is dead and no longer able to be used.

At the start of its life, a composite baseball bat will not be at its peak performance, and thus must be broken in.

However, long after its break-in stage, a composite bat will begin to decrease in its performance and power until the point it performs poorly.

If you see that the baseball does not fly as far as it used to, it may be a clear indication that your bat is near dead or already dead.

You Can Hear A Dull Thud Sound

A normal, working composite bat makes a hollow and deep sound when it hits the ball.

This sound can be described as a pop, rather than a ping, which is a sound made by aluminum bats.

If your bat is dead, you will notice a significant difference in sound.

Most often this will be a dull or dim thud sound. This different sound will either indicate that your composite bat is dead, or that it is losing its pop.

You Experience Stinging In Your Hands After Hitting The Ball

Another clear indication that your composite bat may be dead is a painful, stinging sensation in your hand after hitting the ball.

This stinging is caused by vibrations produced by a bad hit of your composite bat.

This is a good way that you can find out if your composite bat is dead or not.

A working bat will perform well and not have bad hits which will cause your hands to sting after hitting the ball.

You Will Notice Handle Pushed Into Barrel Of The Bat

In a dead composite bat, you may begin to notice that the handle of your bat has been pushed into the barrel.

Though there are advantages to the composite bat, as with every other bat, there are also a few problems.

One of them is that composite bats are very sensitive to cold weather.

This is a common problem for those who use these bats, because a lot of time baseball games take place in cold weather.

It is especially problematic using composite bats in countries with low temperatures most of the year.

For this reason, players need to have a bat which resists any kind of temperature and weather.

Unfortunately, composite bats don’t do great when it comes to this aspect.

Composite bats perform much less efficiently, and they tend to easily crack and splinter at temperatures below 60 degrees Fahrenheit.

They could even potentially break. These bats can also cause your hands to sting while playing in cold weather.

As well as that, composite bats need to be broken-in before they reach their top performance.

This is the opposite of some other bats which are one-pieced, which includes the aluminum bat.

This may not be a big problem, as it only requires 150 to 300 hits to break-in a composite bat.

However, many players would prefer going straight into the game with their new bat than having to spend time breaking it in.

Can A Composite Bat Lose Its Pop?

A composite bat doesn’t last forever, and can lose its pop with time just as any other bat can.

A composite bat which has lost its pop may indicate that they are coming close to becoming dead, or already dead.

However, a large number of composite bats only lose their pop after they break or are dead.

Advantages Of Using A Composite Bat

In conclusion, how long does a composite bat last, and how do these bats generally perform during a game?

A composite bat will last anywhere from 1 to 3 years after it is broken in. For a bat that is used all year round, it may only last 2 years before it needs to be replaced.

On the other hand, a composite bat that is used only for a few months or periods of time every year may last even over 3 years.

As every other bat, the composite bat does eventually lose its pop, and will become unusable.

When your bat is dead, it will most usually have poor performance, or be severely damaged, such as cracked in half.

It could also have its handle pushed into the barrel, or you may experience a stinging in your hands.

There sure are some common problems which may occur with the composite bat, yet there also benefits to it.

The most common problem is its sensitivity to cold weather, making it unusable and at risk of damage in low temperature.

Nonetheless, this bat is generally sturdy and durable.

It also has some other advantages such as its light weight, good weight distribution, and its trampoline effect.