Cricket and baseball are the two most popular bat-and-ball games in the world.

While baseball rules North America, cricket is beloved among Commonwealth nations such as England, South Africa, Australia, and New Zealand, and particularly in the Indian subcontinent.

Despite being mostly played in different world regions, the two sports share a similar background and have some things in common, especially when it comes to game basics.

However, throughout the years, they have developed into two distinct and separate sports.

One of the most easily noticeable differences is the equipment each sport uses.

Even though they both revolve around ball and bat, the design of these two basic pieces of gear is rather different.

These distinctions, in most part, dictate the other dissimilarities such as rules, field, and the way each game is played.

Below, I’ll compare cricket ball vs baseball and look into the key differences between the two.

At the first look, cricket ball and baseball look pretty much like.

Besides, they’re made of similar materials, and the manufacturing process for each of them involves cork, leather, and yarn.

However, closer inspection reveals a different story. Just by holding them in your hands, you’ll easily notice that the two differ a lot.

These differences, among other things, influence the different techniques of throwing the ball in baseball and cricket.

To get a better idea of how varied the two balls are, here are the major distinction between cricket ball and baseball.

The first difference you may notice between a cricket ball and a baseball is their color.

Baseballs are traditionally white with the red stitching going across the covering.

You may sometimes see baseballs of other colors, but they’re usually only for practice or similar purposes, never game balls.

With cricket balls, things are a bit more complicated.

Cricket features different match formats and each of them uses differently colored balls.

For these matches, the traditional form of the game, red balls are used. In case a match is played at night, the pink balls are in use.

For limited-over matches, the color of the ball is white.

Cricket ball and baseball are rather similar in size, with baseball being only slightly bigger.

The official rules of baseball say that the regulation ball should have a circumference between 9 and 9 and 1/4 inches.

The cricket ball is somewhat smaller, but not by a lot. It measures between 8 and a 3/16 and 9 inches in circumference.

Despite being smaller, due to its design and the way it’s manufactured, the cricket ball is heavier than baseball.

To be legal, baseball can’t weigh below 5 ounces or above 5 and 1/4 ounces.

The weight difference may not seem like much, but it’s a big part of how fast each ball moves through the air.

Is A Cricket Ball Harder Than A Baseball?

Although they feature similar materials, cricket balls are harder than baseballs.

This greatly influences how the game is played as it makes fielding a lot harder but allows batters to hit shots easier.

Still, generally, fielders in cricket are not allowed to use gloves.

The different level of hardiness also makes the bounce of the cricket ball more difficult to predict.

Plus, in baseball, balls are regularly replaced during the game. In cricket, a ball must be used for a minimum of 80 overs, so it suffers a lot more abuse.

What Are Baseballs Made Of? 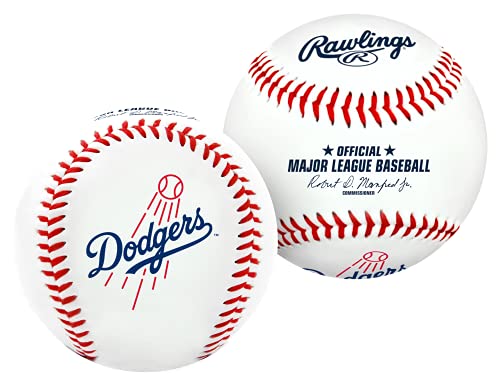 The baseball is made in a couple of different layers.

The center part of the ball, known as the core to pill, is made of cork. the cork part is coated with two very thin layers of rubber.

The diameter of the core is about 3 inches and it weighs around half an ounce. Around the core are several tightly wound layers of yarn.

The total length of yarn is 369 yards. The first three layers are made of wool and are 219 yards long.

The finishing, fourth layer is made of a blend of polyester and cotton. The tightly wrapped core is coated with adhesive, usually cement or latex.

Once all this is done, the ball is covered with cowhide.

The cowhide covering is made of two pieces stitched together with a red cotton thread using 216 stitches.

What Are Cricket Balls Made Of? 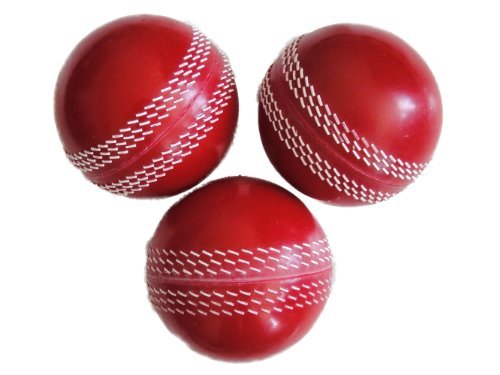 Cricket balls also consist of several layers, The core is made of cork, giving the ball its density and shape.

The core is tightly wrapped in twine layers firmly anchoring covering to the core while retaining some flexibility.

All this is covered with a leather casing that features a slightly raised sewn seam.

The seam has six rows of stitching which provide the unique aerodynamic features of a cricket ball.

Regulation balls, used in official competitions, have casings made of four different pieces of leather.

They’re similar in shape to an orange peel if we remove it in four equal pieces.

However, one hemisphere of the ball is rotated by 90 degrees in relation to the other and then stitched together in six rows.

Balls of lower quality, commonly used for practice, feature only two-piece covering, as it’s much cheaper to manufacture.

The popularity of cricket and baseball is no surprise, as these are two extremely exciting and fun sports.

Often, the two sports are considered to be close relatives as their basics are rather similar.

There are plenty of people across the globe who are involved in both sports.

However, there are significant differences, and a lot of them have to do with different balls used in each sport.

Different ball designs determine how they’re thrown, how fast and far they can fly, how hard it is to catch them, and ultimately the safety of players on the field and the protective gear they have to wear.