Baseball Cap vs Trucker Hat – What Is The Difference?

Different styles of hats have been around for a long time, each with its unique purpose and look.

In recent years, two styles of hats, in particular, have become increasingly popular among both men and women: the baseball cap and the trucker hat.

But what exactly is the difference between these two types of headwear?

When it comes to choosing between a baseball hat and a trucker hat, it depends on your personal preference and what you will be using the hat for.

Baseball cap vs trucker hat is a common debate among buyers, which is why I have put together this comprehensive guide.

You will learn the key differences between baseball caps and trucker hats, what each type of hat is best suited for, their history, design and style, materials used, and some of the top brands to buy from. 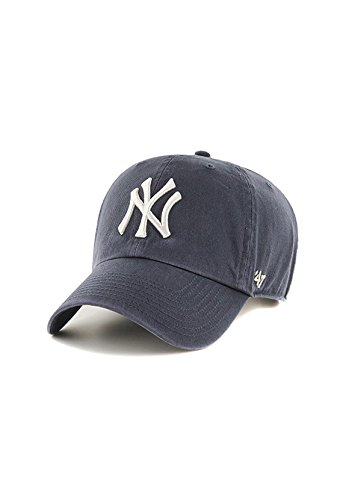 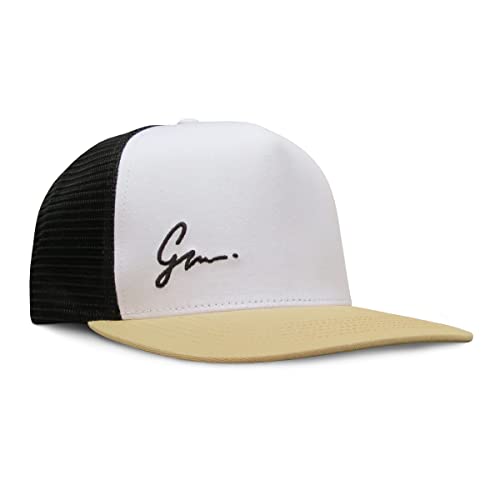 What Is A Baseball Cap?

The baseball cap first became popular in the late 19th century, when players of the game began to wear them to keep the sun out of their eyes.

Initially, these caps were made of wool and had a brim that was rolled up in the front.

In the early 20th century, the baseball cap became more standardized, with a bill that was flat in the front and made of stiffer materials such as felt or canvas.

The baseball cap is designed to shade the wearer’s eyes from the sun and protect their head from any potential injuries.

The stiff bill helps to deflect any balls that may come flying towards the face.

Baseball caps are typically made from cotton, polyester, or a blend of the two materials.

They can be plain or decorated with team logos, player names, or other designs.

It is a cap with a rounded crest and a protruding stiff bill.

The front of the cap usually bears graphics or logos of sports teams (mostly baseball teams or company names), and the back usually has a plastic or elastic adjuster so it can be easily altered to fit different users.

The crown of the cap is made up of numerous panels sewed together.

The number of panels can vary; the most frequent configuration is six, but five and seven panels are also common.

The bill of a baseball cap often has a button on the top, in the center. This was originally put there to keep the hat from falling off during play.

The back of the baseball cap typically has an adjustable strap, which allows the wearer to adjust the fit of the cap.

The baseball cap usually features panels made of cotton or other similar materials.

Baseball caps have a visor at the front which can be either stiff and rigid, or soft and flexible.

What Is A Trucker Hat?

The trucker hat was first introduced in the early 1960s by a company called San Diego Hat Company.

The hats were originally designed to protect truck drivers from the sun and other elements while they were driving.

These early trucker hats were often made of cloth with a plastic bill, and they featured a unique mesh back that allowed for ventilation.

The hats quickly gained popularity among other outdoor workers and soon became a fashion statement.

It wasn’t until the late 1970s that the trucker hat caught on with the general public.

The hats became popular with both men and women and were often seen as a symbol of the “laid back” California lifestyle.

The trucker hat became even more popular in the 1990s when it was adopted by the grunge and hip-hop subcultures.

The hats were often worn backward or sideways and became a symbol of “cool” among young people.

It is during this time that the trucker hat became a fashion accessory.

Today, the trucker hat is still a popular fashion accessory. It is often seen as a symbol of casual style and can be worn with a variety of different outfits.

The hats come in a wide range of colors and designs and can be found to match any style.

Although it has largely fallen out of favor with the hip-hop community, the trucker hat is still a popular choice for many people.

It is a comfortable and practical choice for everyday wear, and can also be a fun fashion statement.

Whether you are looking for a way to keep cool in the summer or you want to make a fashion statement, the trucker hat is a great choice.

Trucker hats are usually made of foam and have a plastic or mesh back. This allows for airflow and keeps the head cool.

Many trucker hats also have a sweatband on the inside to help wick away sweat.

Because they are highly visible, trucker hats are often used as a marketing tool for companies.

They can be printed with logos or other designs, and they are often given away for free at events or as part of a marketing campaign.

Trucker hats are also popular fashion accessories. They can be worn by people of all ages, and they come in a variety of styles and colors.

Trucker hats were originally designed to protect truck drivers from the sun and heat. They were also worn as a way to show support for trucking companies.

Trucker hats have a relaxed and casual style. They are often decorated with logos or graphics and have a mesh back that helps keep the head cool.

Trucker hats have a more athletic look. At their simplest, they are just solid-colored ball caps with a brim.

However, trucker hats can also be found in a variety of designs and colors.

General Characteristics Of A Trucker Hat

The cap usually has six panels, two of which are textile and have foam within that provides the crown its structure.

The remaining four panels are made of plastic mesh, which provides the cap breathability.

Trucker hats have a mesh back and a foam or plastic front that is often decorated with a logo or design.

The hats are adjustable and have a snapback closure.

This distinguishes them from other types of hats, such as baseball caps, which in most cases have a fitted back.

Trucker hats are often brightly colored or have a patterned design that makes them stand out.

The mesh back of the hat helps to keep the head cool, and the snapback closure allows for a comfortable and adjustable fit.

Baseball Cap vs Trucker Hat – What Is The Difference?

Baseball caps are typically made from a softer, more pliable fabric than trucker hats. This can make them more comfortable to wear for extended periods.

On the other hand, trucker hats are often made of a stiffer, more durable fabric, which can make them more ideal for outdoor activities.

This can make baseball caps more suitable for activities where a longer brim might get in the way, such as playing tennis.

This can make them more ideal for activities where a loose hat might be a safety hazard, such as riding a bicycle.

Truckers’ hats often have an adjustable back, which can make them more comfortable to wear for people with a variety of head sizes.

The main difference between baseball cap vs trucker hat is the type of fabric they are made from, the brim length, the fit, and the adjustability.

Apart from a few key differences, baseball caps and trucker hats are quite similar.

Both are designed to protect your head from the sun and can be worn for both casual and more formal occasions.

Similarly, both hats can be customized with logos or other designs to show off your style.

So, which one should you choose?

Ultimately, it comes down to personal preference. If you like the classic look of a baseball cap, go for that.

If you prefer the more relaxed style of a trucker hat, choose that instead. You really can’t go wrong with either option.

However, if you’re still undecided, why not try both and see which one you like better?