Every time you see a close-up of a certain player, he’s likely to be chewing or spitting.

Baseball players are known for having something in their mouth at almost any given moment before, during, and after the game.

Most of the time, they’re chewing on sunflower seeds. Sitting close to the field, you can see them chewing and spitting it every couple of seconds.

This happens both at the dugout and on the playing field. To an outsider, this may seem strange, at the very least.

So, why do baseball players eat sunflower seeds?

The most obvious answer is they do this to relieve themselves of some stress, but there are other reasons.

In this article, I’ll go into detail on how and why the players (and coaches) have developed this habit. 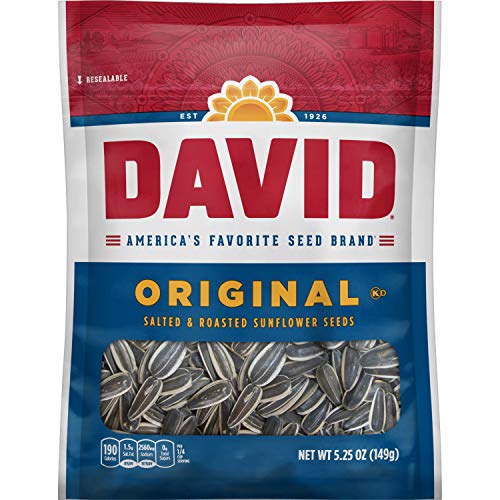 Baseball can be a very stressful game. It’s also very slow-moving, at times. Some players don’t even see the field or ball flying their way for the whole game.

A good pitcher may very well leave infield and outfield players with almost nothing to do.

However, even though the players may look bored, the pressure and stress slowly build up.

All this waiting for the turn to play can take a mental toll.

Players are aware that, even though they may sit for most of the game when they’re called up, all eyes are on them and the pressure mounts up.

So they find ways to deal with that stress.

And here lies the answer to the question of why do baseball players eat sunflower seeds.

Eating is something that helps most people relieve some of their stress as do repetitive actions and fiddling with something in your hands.

Eating and chewing on sunflower seeds offer all three of those things.

You fiddle it around to get the seeds out of the bag and crack them open, chew, and spit out the hulls in an almost unconscious, repetitive way.

This mindless and relaxing activity doesn’t distract players from the game itself but does calm the nerves and ease the stress.

Unlike some other stuff players use to fight stress, sunflower seed are very practical and convenient to use.

They easily fit in the back pocket, so players don’t have to think about how to carry them.

In addition, the husk is easy to get rid of, by simply spitting it out.

This makes sunflower seeds more convenient than chewing gum, for example, as you can’t just spit gum anywhere you like.

Sunflower seeds can make a bit of a mess but, at least, they’re fairly easy to clean.

Baseball players are, above all, athletes and have to take care of their bodies.

It’s one of the main reasons why sunflower seeds have overtaken tobacco as players’ favorite chewing treat.

Besides acting as a stress reliever, they provide a light in-game snack that is nutritious. It provides some energy refill while not being fattening.

Besides, most players like the seeds salty, and eating them restores some of the salt in the body lost through sweating.

Historically, players used to chew on other things before sunflower seeds came into play.

Tobacco was the original stress reliever for baseball players and its use dates back to the very beginnings of the game in the 19th century.

However, as time passed, the harmful effects of tobacco on health became a well-known fact.

For this reason, sunflower seeds emerged as a tobacco substitute in the second half of the 20th century.

A couple of notable players, including Stan Musial and Enos Slaughter, were the first to chew them at games.

However, the most deserving for their wide acceptance is legendary Reggie Jackson, who was the first truly great player to have been seen eating them.

His popularity sparked sunflower seeds fever that lasts to this day.

What Do Baseball Players Chew Besides Sunflower Seeds?

Other than sunflower seeds, the most popular options for baseball players for chewing are tobacco and gum. 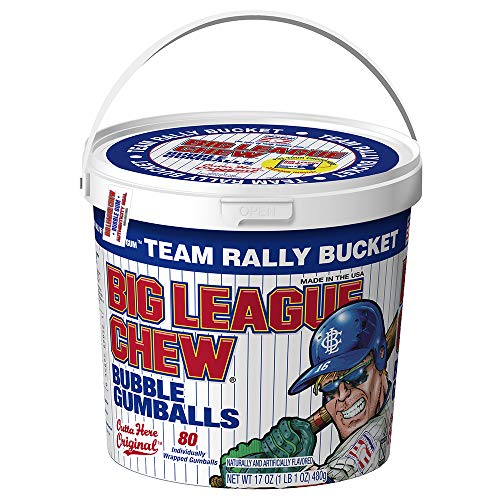 Chewing gum, along with the sunflower seeds, has overtaken tobacco as the chewing stuff of choice for most ballplayers.

A lot of them develop this habit from the earliest age. They often carry a pack of gum in the back pocket and chew on them during the game.

Some, like Aaron Judge, chew the same piece of gum during the whole game.

One disadvantage of chewing gum is that you can’t just freely spit it out as you can with sunflower seeds.

As I mentioned, tobacco was for years the most common way to relieve stress among baseball players.

Furthermore, the nicotine in tobacco provided them with a bit of lift and help them focus more.

Or, at least players claimed so.

Still, with time, as people became aware of health risks that come with tobacco, the players resorted to its substitutes.

Nowadays, chewing tobacco is mainly a thing of the past, at least at the MLB grounds.

Eating sunflower seeds is an age-old tradition in baseball and it has helped generations of players relax as they wait for their turn to play.

They help players deal with stress and are also very convenient to carry and use.

Unlike tobacco, sunflower seeds don’t carry any meaningful health risk and are even good for you in some ways.

Also, spitting shells on the ground doesn’t pose any risk to the players as they’re too small to cause any injury.

With tobacco’s banishment from most public spaces, sunflower seeds have only become more popular.

Former Cardinals’ pitching coach Claude Osteen called the modern era of baseball “the era of birdseed” and it doesn’t seem that he was much wrong.