There’s no better feeling in baseball than hitting the ball dead center and sending it far beyond the reach of the fielders for a home run.

It’s very likely that at any moment, there’s a kid somewhere playing in the backyard, dreaming of nailing a big-game dinger, and imagining crowd cheers as the ball goes over the fence.

Still, hitting the ball so it flies far away is easier said than done.

Baseball hitters spend their whole lives practicing and honing their craft in the batting cages.

And even then, they need all the help they can get when it comes to the equipment they use.

That’s why choosing the right bat is one of the most important factors in being a successful batter.

For those just getting into baseball, choosing the bat comes with many questions, and one of the most frequently asked is do heavier bats hit farther?

Let’s find out together!

The answer to this question is anything but simple. There are several things to take into consideration that can have an impact on the distance the ball flies off the bat.

The intuitive answer is yes, the ball does fly farther off the heavier bat, especially if you have some memory of the physics lessons you learned in elementary school.

It makes sense that the momentum at the point of impact, when the bat connects with the ball, will be greater if you use a bat that weighs more.

The bat with more mass will produce an increase in the ball’s exit velocity which result in the ball flying farther away.

This is also confirmed when you look at bats certain players use, even among professional ball players.

In general, most power hitters commonly opt to go for heavier bats, while contact hitters tend to choose lighter ones.

What Impacts the Distance of the Batted Ball?

However, as I already said, there is more to this than just simply saying that the ball flies farther when hit with the heavier bat.

While we established that this statement is generally true, it stands only when all the other things that influence the ball distance are equal.

How far the ball will fly off the bat also depends on the swing speed, swing mechanics, and which part of the bat has made contact with the ball, or has it hit the sweet spot.

When all of these factors are the same, especially the swing speed, the heavier bat will indeed hit farther.

This is due to the basic physics formula Mass plus Speed equals Power.

Nevertheless, everyone who has played baseball knows that this is rarely true.

The key issue here is that, for the large majority of hitters, a heavier bat will commonly result in a slower swing speed.

Obviously, swinging with the lighter bat is easier than doing so with the one that weighs more.

It takes more strength and effort to achieve the same speed with the heavier bat. So, it becomes a matter of a trade-off between weight and speed.

More precisely, can you swing the lighter bat that much faster than the heavier one to make up for the momentum provided bat the heavier bat?

Only when you generate enough speed to overcome the mass, you’ll be able to hit the ball faster and farther with a lighter bat.

How this will be balanced and which way it will tilt mainly depends on the individual players and their swing mechanics and strength.

Of course, ideally, you would want to be able to have a fast swing with a heavy bat. However, that is something only the best batters are able to accomplish. 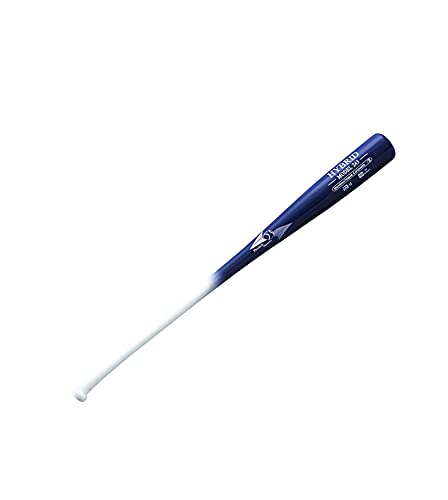 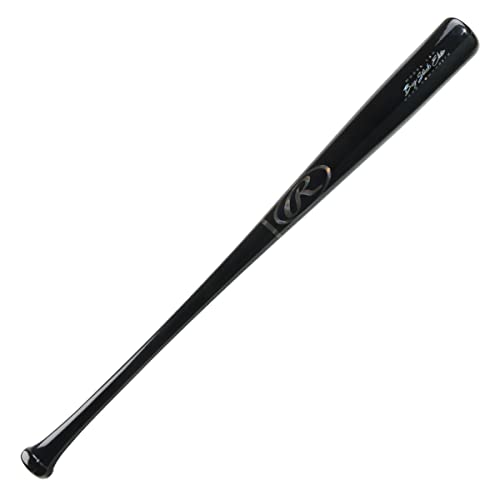 Another thing that plays a role in how far the ball will fly, besides the bat’s weight, is how is that weight distributed along the bat.

The greater mass can also be simulated in lighter bats by shifting their weight along their length.

End-loaded bats, as their name says, will have more weight toward the end of the bat, so most of the weight is concentrated in the cap.

On the other hand, balanced bats have their weight more or less equally distributed.

While the end-loaded bats will be harder to swing than balanced ones, they will generate more momentum on the impact.

Also, they will produce a greater trampoline effect which both results in more speed and distance as the ball comes off the bat.

Should You Choose a Heavier or Lighter Bat?

Ideally, for maximum speed and distance of the ball flying off the bat, you would want the heaviest bat that you can swing the fastest.

While it’s crucial how fast you swing, the heavier bat will produce more distance at the same swing speed.

So, it’s very difficult to strike the proper balance.

The weight of the bat that’s right for you will depend on your level of skill, strength, age, experience, and your own weight and height as well.

The heavier bat has the potential to yield more powerful hits, but only if you have the physique for it.

However, if you feel that it’s affecting your swing, it’s better to go with a lighter bat that makes you more comfortable while swinging.

Bad swing mechanics and low swing speed will offset all the advantages that a heavy bat may bring.

The key to being a good hitter is hard work, and there’s no other way around it.

There’s no bat in the world that will magically make you a power hitter if you don’t put in the work and get your reps at the batting cages.

A heavier bat may help hit the ball farther if you’re able to handle it.

For many players, a heavier bat will indeed provide more power but only if you’ve perfected the swing to go along with that weight.

Otherwise, it will likely be counterproductive.

This is especially the case with younger players who believe that the heavier bat will help them hit the ball stronger, but commonly this only leads to developing faulty swing mechanics that are difficult to get right later on.