Can Baseball Cleats Be Used For Football? (Solved!)

In both baseball and football, feeling comfortable on the field can often mean all the difference between making a successful play or failing to do so.

As games in both sports are often decided by the smallest of margins, this can also decide the winners and losers of the game.

Of course, comfort on the field starts with the shoes players are wearing.

However, many people, especially parents whose kids play both sports, often wonder can baseball cleats be used for football, as that would solve plenty of logistic, as well as financial, issues.

Below, I’ll explain if this is a smart thing to do, how it may affect performance, and what the rules say about it.

And I will also clarify what’s so specific about baseball and football cleats and explain the main differences between the two.

Can Baseball Cleats Be Used For Football?

In a pinch, you may use baseball cleats for playing football, and be able to compete.

However, in most cases, baseball cleats in football are not a good idea, for several reasons that mainly concern your safety and performance on the field.

First of all, if you have baseball cleats with metal spikes, you most likely won’t even be allowed to participate in a football game.

Due to the nature of the sport and a lot of contact at high speed between players, metal spikes in football would pose a serious safety risk.

Getting hit by a metal spike at the speed football players move can cause rather severe injuries.

In addition, baseball cleats are designed to dig into dirt or grass, while football is mostly played on artificial turf.

So, you may not feel fully secure while wearing classic baseball cleats on a different surface. Plus, long and sharp spikes will, more than, likely damage the turf.

If you have baseball cleats with rubber or plastic spikes, you may get by with using them for football, but it’s still not recommended. And, here is why.

The requirements of each game and the type of movement involved are different.

Baseball requires more sudden stops and starts and running forward at maximum speed, while football is mostly about fluid mobility in all directions.

That’s why baseball cleats are designed to be lighter and with longer pikes for better traction and acceleration.

However, they also offer less ankle support, necessary for football.

So, if you use them for football, it will negatively impact your performance and, furthermore, put you at a greater risk of ankle injuries.

For some positions, this is even more significant.

For example, your baseball cleats likely won’t last very long if you’re tasked with punting or kicking the football.

Most people interested in the possibility of using baseball cleats for football are the parents of young athletes who participate in both sports.

However, wearing baseball cleats in football games is probably an even worse idea at a younger age.

Both types of cleats are specifically designed to protect and support feet and other body parts during the movements specific to each sport.

As kids’ feet are still developing and growing, the lack of proper support and protection can have significant negative consequences.

Additionally, the comfort of the shoe also impacts the health of other body parts, especially the spine.

Another important factor is that improper types of cleats may hinder the kid’s development as a player.

The design of both cleats provides support for the specific actions in each sport and using the wrong shoes may result in poorly learned specific techniques needed for success in either baseball or football.

Using Baseball Cleats for Football in a Recreational Setting

Recreational football games and flag football take place in a much more informal and casual environment than competitive leagues.

While it’s still better to use proper football cleats for these types of games, wearing baseball cleats here is much more appropriate than in a competitive setting.

Firstly, there are commonly no strict rules about eligible footwear.

Also, the more relaxed nature of play will make baseball cleats much less of a safety risk.

Still, remember that you will have less ankle support and that metal cleats are still a bad idea. 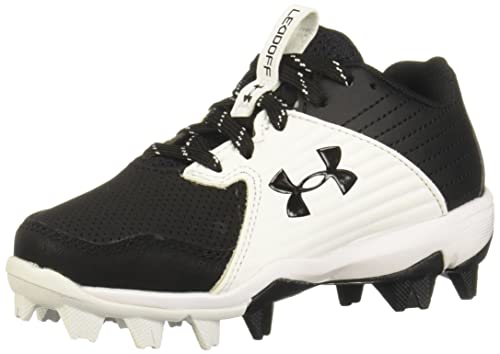 Typically, baseball cleats are made of genuine (commonly used by pros) or synthetic leather, or mesh and consist of upper, midsole, outsole, and studs.

The upper is rather stiff to provide better protection for the feet.

There are three different types of cleat cuts; low, mid, and high-top, each offering a different level of ankle support.

The midsole is very comfortable and thick-cushioned to provide extra comfort while players are standing, but also more stability during pitching or batting.

Spikes, or studs, are usually fairly long and pointed to ensure players can strongly dig into the playing surface and have the best possible traction.

They’re evenly distributed around the outsole, with one extra spike on the toe to help players dig into the dirt and accelerate faster.

Depending on the design of the spikes and the material, there are three basic types of baseball cleats: metal, molded, and turf cleats. 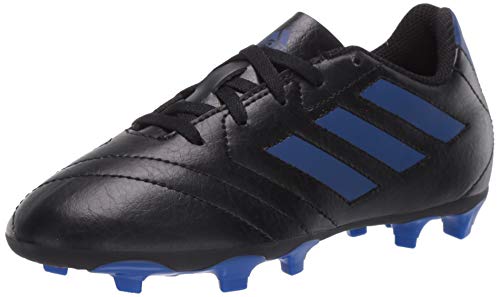 Football cleats are commonly made of durable materials, such as synthetic leather or mesh,

Typically, they’re rather thick, especially in the upper area, so they can protect players’ feet when stepped on and withstand heavy-duty use in various weather conditions.

Similar to baseball, football cleats also can be low, mid, and high-top, each with a different level of ankle support.

Which cut a player will wear, mostly depends on the position.

Players at more mobile positions, such as safeties or WRs will commonly wear low-tops, while OL and DL players usually go with high-tops which protect them during continuous lateral movement.

The studs are rather long to provide more traction on sudden cuts and turns.

They can be molded to the outsole or detachable. In most cases, they’re made of rubber or hard plastic.

The Differences Between Baseball and Football Cleats

To properly answer the question of can baseball cleats be used for football, it’s important to understand the differences between these two types of footwear.

Some of these are pretty influential factors when it comes to using the same pair of cleats for both sports.

The most significant difference between baseball and football cleats is in the type of spikes.

Baseball cleats may feature spikes made of plastic or rubber, but also metal. In fact, in pro leagues, cleats with metal spikes are the most common.

They provide the best control and traction while allowing players to dig deep into the grass or dirt.

Additionally, baseball as a sport doesn’t feature much contact between the players, so metal studs don’t pose a serious injury risk.

Football, on the other hand, is a full-contact sport, and using metal cleats in a competitive environment is out of the question.

The main reason for this is, of course, players’ safety. During many plays, spikes will come in contact with a part of a body of another player.

Metal spikes in football are particularly risky because cleats, similar to baseball, feature a toe spike for further traction and stability.

Both sports involve a lot of movement and sudden starts and stops.

However, in baseball running is mostly forward, with occasional turns, while in football players love in all directions, including plenty of backward and side-to-side movement.

Because of this, football cleats are built to provide more ankle support than the ones used for baseball. They feature more supporting material, especially on the sides.

On the other hand, in baseball, this type of protection is important but not essential.

So, they have less support which, in turn, makes them more lightweight and comfortable.

As baseball cleats feature sharper spikes, often made out of metal, and the fact that players often spend a great deal of time just standing around, their midsole needs to be as cushioned and comfortable as possible.

That’s why it’s thicker and with more material used than the midsole of football cleats.

Even though their midsole is thinner, overall, football cleats need to provide more support due to the nature of the game.

As a result, baseball cleats will be lighter compared to those used in football and feature less material used for support, especially in the upper part.

Both baseball and football cleats have unique features that make them perfect for their respective sports.

On the other hand, baseball cleats should be comfortable, lightweight, and provide good traction.

To have these advantages during games, you should always look to use cleats that are primarily made for that certain sport.

Although you may wear baseball cleats to a football game, doing so may put you at a competitive disadvantage and pose an injury risk both to you and the other players.