When you walk into a ballpark, the first thing that catches your eye is lush, green grass spreading across the field, interrupted only by the baseball diamond dirt.

The perfect turf is crucial for the game itself as well as our enjoyment as spectators.

However, the wonderful sight of the grass-covered field doesn’t just come out of nowhere.

Choosing the best grass for baseball fields and maintaining it takes a lot of knowledge and hard work.

There are a lot of factors teams have to consider before deciding which type of playing surface best suits their ballpark.

Plus, maintenance crews put in a significant behind-the-scenes effort throughout the year to keep that surface in mint condition.

What is the Best Grass for Baseball Fields?

Baseballs fields are scattered all over the continent and built in different conditions and various climate zones.

In addition, they have different dimensions.

Artificial turf dominated MLB ballparks in the second half of the 20th century as a fair number of teams played their games on the fake grass.

It came with lower upkeep requirements and decreased maintenance costs.

However, the trend changed and most of the franchises reverted to the traditional grass surfaces.

At the moment, only 5 ballparks in the majors feature artificial surfaces.

The decision on which type of grass is to choose for a certain ballpark mainly depends on environmental factors.

As a general rule, different Kentucky variants are the preferred choice in cooler climates.

The zone of cool-season grasses starts around the Maryland/Pennsylvania border and moves up north.

On the other hand, from Virginia and further down south, the most used type is Bermudagrass.

The transition line where’ it’s possible to grow both types varies from state to state. There are transition zone pockets in Maryland, Texas, Virginia, and even Utah.

Stadiums that are right on the line between cool and warm-season grasses, like Cincinnati’s Great American Ball Park, usually opt for a combination of Kentucky Bluegrass and Ryegrass.

The Perennial Ryegrass is also often used to prevent and minimize the damage to the grass surface caused by heat or cold. 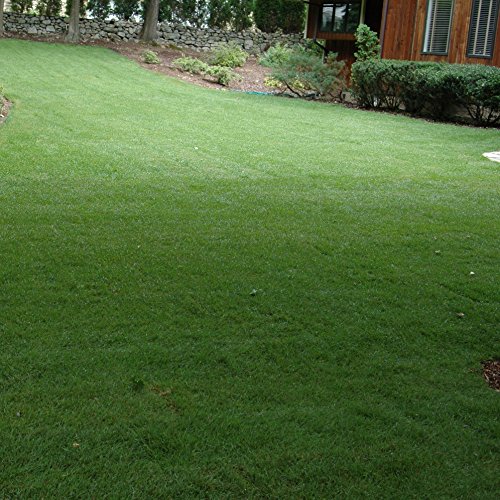 Kentucky is probably the most commonly used type of grass on the ballparks across the country.

Its bright blue/green color gives the ballparks a recognizable, traditional look that appeals to most fans.

One of the reasons for its popularity is that Kentucky Bluegrass is easy to shape thanks to its fine texture and changeable properties.

Another factor that increases the appeal of this type of grass is that it’s able to withstand cold and severe winters that are common in the northern states.

Kentucky Bluegrass  germinates rather quickly and easily crowds out the weed.

It can also rapidly recover from heavy traffic which is important as ballparks often see more than 100 games a year.

However, it does take a longer time to establish compared to other frequently used grass types.

This type of grass requires medium maintenance. For best results, it’s necessary to have an irrigation system available.

During the cool season, it only needs weekly mowing. However, as the weather gets warmer, Kentucky Bluegrass should be mowed twice a week.

The grass surface should be cored and aerated a couple of times per year. 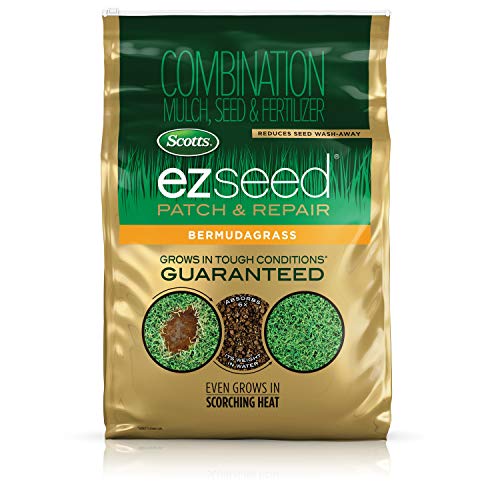 Bermudagrass grows in warm and transition zones and is perfect for ballparks in hotter and drier areas.

Bermudagrass  grows fast, dense, and can be repaired quickly if damaged.

It’s one of the favorite surfaces among the players as it provides a firm grip between the cleats and the surface.

The reason for this is that it grows parallel to the ground and spawns new roots along the way.

Lately, most of the ballparks are using newly-developed Bermudagrass hybrids, rather than the common variety, as they provide better functional quality and improved aesthetics.

The most commonly used type of Bermudagrass for ballparks is Tifway 419.

As it is a warm-season grass, Bermudagrass requires a different calendar of maintenance compared to cool-season types.

Due to its high growth rate, this type of grass can demand a lot of maintenance. Mowing at least twice a week is a must, as is the monthly fertilization.

While rather resistant to heat, Bermuda can often do dormant during particularly dry periods.

In this case, it will require supplemental irrigation. 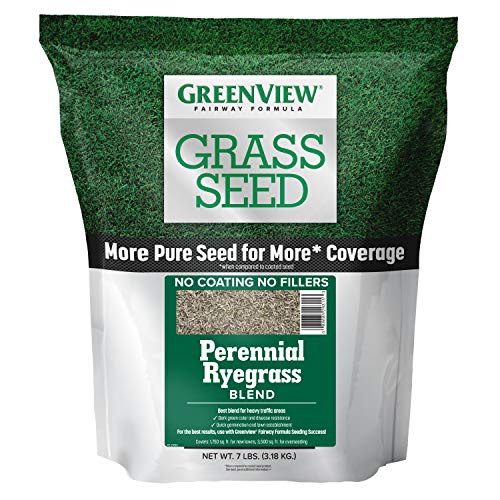 A fair number of ballparks use a blended mix of grass types with the Ryegrass/Bluegrass combination  the most common.

Perennial Ryegrass is a cool-season grass but is has better heat resilience than Kentucky types which is why it’s often used to supplement Bluegrass fields.

In addition, very resistant to pests and diseases. It’s also capable of providing turf in the shortest period of all usually used grass types.

This makes it especially convinced as a quick fix for damaged playing surfaces.

For example, Yankee Stadium starts the season with the field covered entirely with Kentucky Bluegrass.

As the season goes on, the Yankees’ maintenance staff makes repairs with Ryegrass as it takes only three or four days to germinate.

Although it can withstand warm weather to some extent and prefers sunny sites, Perennial Ryegrass doesn’t do well in prolonged heat periods.

It flourishes in well-drained soil, so it will require some extra irrigation.

When used as part of a mixture, it’s best to gradually mow it to a lower height as the weather becomes colder to encourage the growth of cool-season grass.

Ryegrass should also be regularly overseeded, so the field can maintain uniformity and density.

The baseball field takes a lot of beating during the year.

Besides games, plenty of ballparks host live concerts and similar events during the offseason.

It’s sometimes difficult for us, as fans, to grasp the amount of work that goes into keeping the grass surface in perfect condition.

The selection of the right type of grass in the right ballpark decreases the amount of work and cost that go into maintenance.

The beautiful grass field also does wonders for our viewing experience.

7 Different Types of Baseballs By Age And For Training!

How to Read a Baseball Scoreboard? (Explained!)

BBCOR Bat Vs Wood Bat – The Pros And Cons

How to Clean Catchers Gear (4 Ways!)